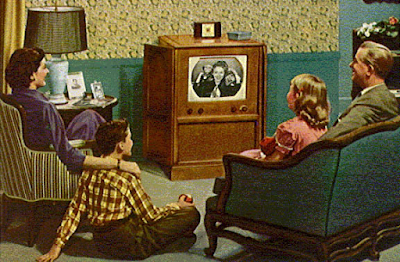 I have a confession to make.  I am a TV junkie.  I love TV and always have.  There is literally a TV on in my house all the time.  Growing up TV was a huge part of my life.  I was raised on sitcoms, soap operas, and game shows.  I remember my whole family sitting in our den watching TV together.  On Friday nights we would watch Dallas. Saturday nights my mom would make popcorn and we would watch Love Boat and Fantasy Island.  Thursdays we would watch Cheers and Family Ties.  It went on and on. TV was family time.   Snacks and cozy blankets were always involved.  It gave us something to laugh at and something to talk about.  TV was different then.  It was better. Don’t you agree?

At some point in my youth my parents allowed me to have a TV in my bedroom.  It was black & white, very small, and I loved it.  My bedtime was 8:00 but mom would let me watch one show and then at 8:30 I had to turn it off. When I couldn’t sleep I would quietly turn it back on and watch Johnny Carson.  I did that a lot.  Somehow the lack of sleep didn’t bother me.  I was grateful to see Johnny and whatever movie or TV star he had on his show that night. 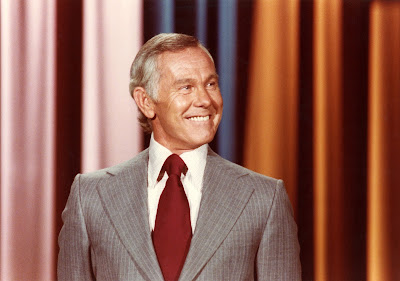 Every time I see a rerun of an old show that I used to watch it brings back such good memories for me.  It seems like there has been a surge of new cable stations that are now showing “retro” sitcoms and game shows, which makes me so happy.  I try to introduce as many as I can to John, hoping he will love them as much as I do.  When I can  tear him away from the Disney Channel (which is good too) we like to watch Gilligan’s Island, Bewitched, and I’m thrilled to say he’s already hooked on Family Feud and Match Game 78! Score! I’m doing my job! 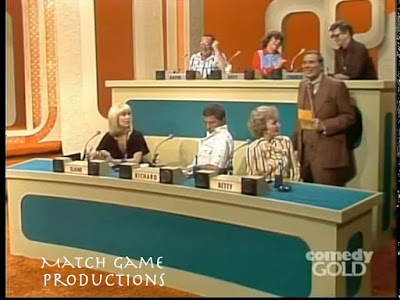 Thinking about my favorite sitcoms got me thinking about the TV Mom.  These are the women that shaped my perception of what a housewife was. These ladies comforted me and made me happy. They are burned in my brain for all eternity. Who are your favorite TV Mom’s?  Who was it that you wanted to be just like?  If I could jump into my TV set and be a TV mom….. Here are my top 5 favorites! 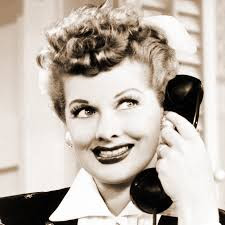 #1 Lucy – This should come as no shock to anyone.  I love Lucille Ball and always have.  I Love Lucy has been my favorite TV show for as long as I can remember.  I wanted to be Lucy Ricardo, and still do! Her hair! Her perfect lipstick!  All those pretty house dresses and hats! Oh the hats! I still love watching just for her outfits alone.  Lucy was hilarious! Yes, she loved being a housewife but her true aspiration was to be in show business.  How many times did we hear “Ricky, can I be in the show?”.  He always said no, and yet she always ended up in show! Lucy and Ricky would fight (and he would yell “Lucy, you got a lot of splainin’ to do!”).  He always forgave her in the end and they would kiss and make up.  One of my favorite episodes is the one where Lucy talks Ricky into teaching her to drive.  It’s disastrous! But now Lucy wants to teach her BFF Ethel to drive.  Highinx ensue and my heart sings with joy…I love it so much! Lucy always wanted to be president of her ladies club. She aspired to impress her friends and wanted to be the best at everything she could.  She was never the best but we love her anyway.  She wasn’t afraid to look silly or unattractive (although she never was).  Like when she got locked in a walk in freezer and had icicles hanging from her hair, or had a bucket of paint dumped on her head while she was on a scaffold spying on Ricky, in a neighbor’s apartment, through a window.  Lucy’s home was neat and tidy and she was always looking for ways to save on her household budget – mostly because she had spent too much money on a dress or new hat (I don’t blame her).  When little Ricky came along we saw Lucy as a devoted mom who was sad to send her son off to nursery school and spent the night in the hospital with him when he had his tonsils taken out.  Yes , I love Lucy.  She’s my favorite TV mom and my favorite TV everything! 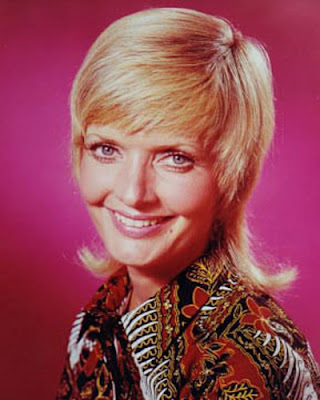 #2 Carol Brady – Carol is here out of my nostalgia and love for the Brady Bunch. I mean, come on.  I love the Bradys!  And who doesn’t want to be Carol? I mean….aside from her hair (mullet??) she has it all.  Carol was a stay at home mom, but she had something that all the other mom’s didn’t have…ALICE! Is it just me, or did Alice do everything? Every once in a while you would see Carol in the kitchen helping make dinner or something, but for the most part all the household duties went to Alice.  Carol spent her time sitting next to Mike, doing her needlepoint.  They would talk about his day at the office and then one of the children would drop in and need some advice.  Carol would offer her wise words and then the world would be right again. Carol was president of the PTA, volunteered in school talent shows, and wasn’t afraid to have fun square dancing or riding a mule down the Grand Canyon. Family time meant everything to Carol.  It was Mike who shelled out the punishments when needed.  Carol could do no wrong. 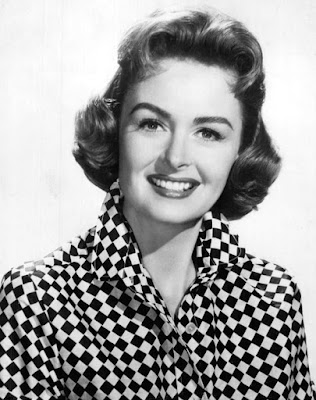 #3 Donna Reed – my TV life change for the better when I was in elementary school.  Nick at Nite’s TV Land started showing old shows that I had never seen before.  I was introduced to The Munsters, The Patty Duke Show, The Dick Van Dyke Show, Leave it to Beaver, and my favorite of the bunch – The Donna Reed Show!  At the time Donna Reed was on Dallas playing Miss Ellie.  My little 3rd grade mind was blown!  Anyway, I developed a love for the Stone family.   Donna is the ideal middle class housewife. She was beautiful and funny.  She drove a car, which most TV moms of the time did not do.  She wore pearls and heels and somehow seemed a little more “hip” that June Cleaver.  There was a bit of zaniness to Donna.  Every day was an adventure.  She gave Mary dating advice and was always there to give Jeff a pep talk when he got a bad grade in Math. She volunteered at her fair share of charities, but she also sometimes worked as a nurse. She was very modern for her time.  In one episode called The Ideal Wife, Donna is annoyed that everyone is calling her perfect and she sets out to prove that’s not the case…which of course it is! Sorry Donna…you’re perfect! 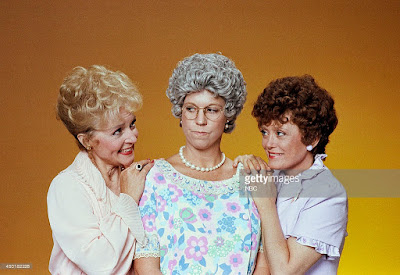 #4 Thelma Harper – Ok, I may be alone in this one but I love Thelma from Mama’s Family.  (It all stems back to my devotion to the Carol Burnett Show!) Thelma loved her family, but she wasn’t afraid to tell them when they had disappointed her or done something wrong.  She told it like it was – no holding back!  Her rants still make me laugh! She didn’t approve of her daughter in law, but had to live with her and somehow make that work, which was enjoyable to watch.   She took in her juvenile delinquent grandson Bubba, and tried her hardest to reform him. Sometimes she was successful and sometimes she was not. But she loved him no matter what. Thelma was president of the Church Ladies League and mostly palled around with her neighbor and best friend Iola (the queen of the pink gingham dress).  They would go to bingo or argue over who had the nicer garden. She cooked a big dinner every Sunday afternoon which everyone had to addend and severed dishes like pineapple salad and rum balls. She wore house dresses just like your grandma, delighted in a cold beer,  and if you stopped by her house at any time you would probably find her dusting something…. She was cranky, but loveable at the same time.   There was always a little bit of truth in everything she said. 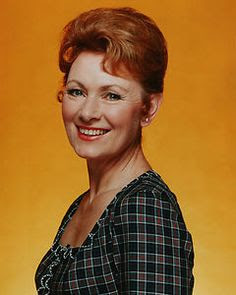 #5 Marion Cunningham- Marion was the glue that held the Cunningham’s together.  She was a devoted mom and complete supporter of her children.  Marion always looked pristine, with and apron around her waist and her hair in a perfect twist. She also served as a sort of surrogate mom to Fonzie and was the only one allowed to call him by his full name…Arthur.  I loved their scenes together.  In one of my favorite episodes of Happy Days, Ritchie was playing in a very important basketball ball game.  During a climactic moment when Ritchie was about to make a rebound shot, Marion screamed (in a totally silent gymnasium) “Come on Ritchie, you can do it!” Only a mom would be allowed to do that.  You couldn’t get mad at Mrs. C.  In another episode Marion, feeling unappreciated, has an argument with Howard and decided to get a job as a waitress at Arnolds.  She has one horrible day of work and realizes that her place is in the home and her family appreciates her after all. She’s the quintessential 1950’s mom and that’s why I love her!

It was very hard to narrow it down to just 5.  If I could list some honorable mentions I would probably say Elyse Keaton (Family Ties) Edith Bunker (All in the Family), Shirley Partridge (The Partridge Family), and if we are talking drama’s I have to name Olivia Walton (The Waltons) but that’s opening up a whole new can of worms!  I could go on about this forever! 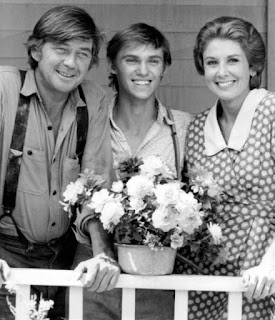