This year John joined his school's cross country team.  It's the first year St. Francis has had a cross country team, so it's new to everyone.  It runs from grade 5 to grade 8 and they have practices after school 3 times a week.

I was actually very surprised when John came to me to tell me he wanted to sign up.  He's not very "sporty" and has never really enjoyed playing organized sports.  Running on the other hand is FUN and a few of his friends were signing up, so he decided to give it a try.  And even though  I thought 3 times a week might be a little much, I felt that it would be great exercise for him. 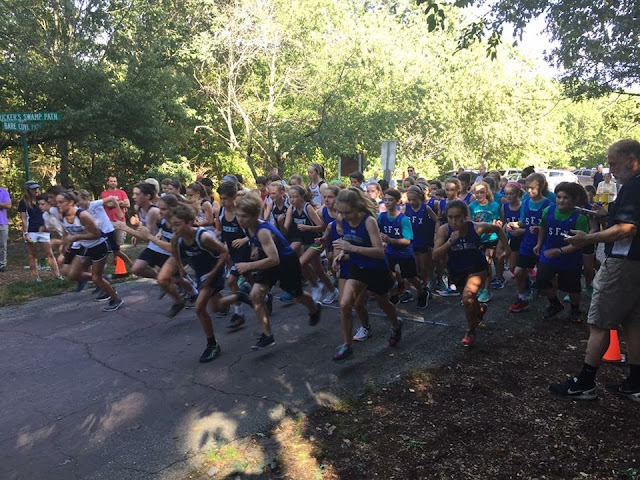 After the first practice he was hooked.  "It's so fun" he said to me after I picked him up! The coaches and older kids make it fun for the younger ones.  They have relays and cheer each other on.  I can't tell you what a confidence builder it's been! 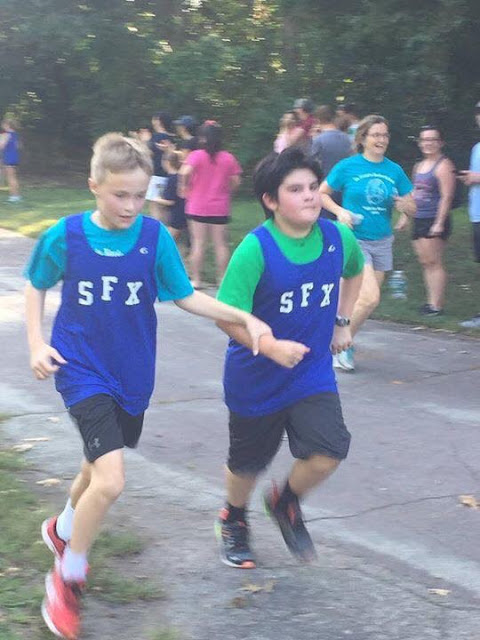 Last week the team had their first official meet.  There were four schools competing.  Here is John and his best friend Sean running side by side.  Sean's mom's sent me this picture after the race. Isn't it adorable?! 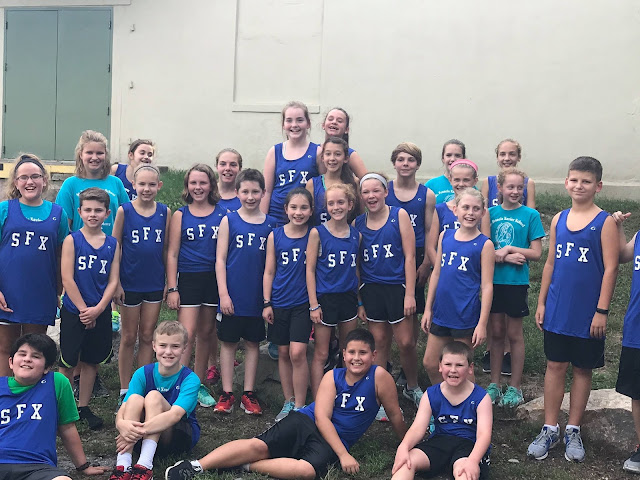 Everyone here is at a different skill level but they are all equally important to the team.  All such great kids!!! 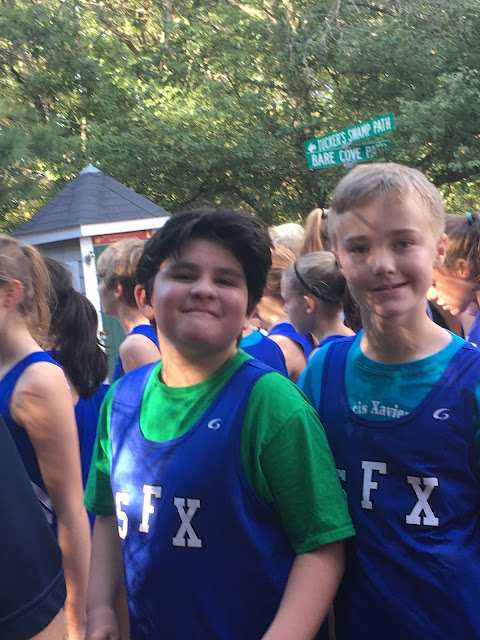 I'm very proud of John for stepping OUT of his comfort zone and trying something new. 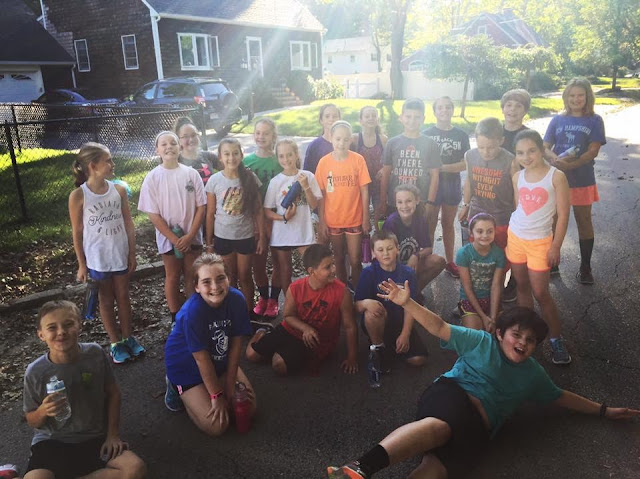 Great things can happen if you have the courage to take that first step...: )

Posted by Danielle's Sweets at 7:00 AM

Email ThisBlogThis!Share to TwitterShare to FacebookShare to Pinterest
Labels: John