Have  I ever told you how much John loves movies?  He loves all kinds but especially comedies!  I'm grateful for Netflix and also our local library that has a huge collection of DVDs to pick from (just another reason to love the library ♥)

Monday after school he checked out The Mask which is one of his all time favorite movies! 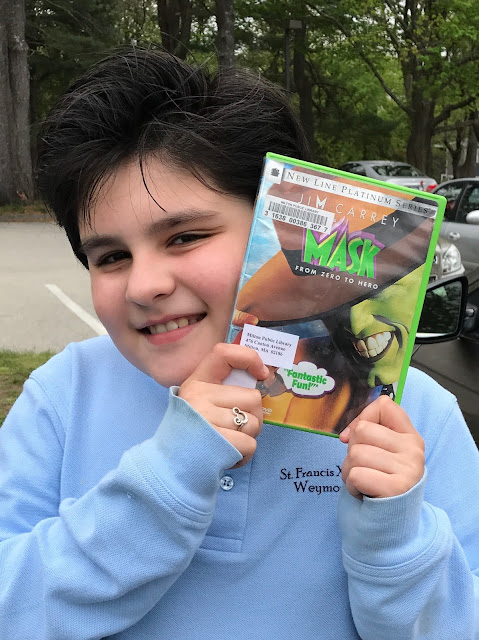 Movies make him happy.  He's interested in them.  The plot, the script, the acting, and behind the scenes. He's even drawn movie posters for his favorite films and hung them in his room.  Last year he joined his school drama program preformed in his first show! It was thrill for him.

He makes up his own movies as well.  He writes scripts and acts them out for us. His creativity blows me away!

My son doesn't play any sports.  He's not interested in baseball or basketball, although most of his friends are.  He loves drama and music.  And that's ok with me. Sometimes I have felt judged by other parents at school because he's not playing soccer or on the flag football team.  He's tried all these things and simply has not enjoyed them.  I am proud of John for doing what he loves to do.  I'm proud that he doesn't feel intimidated to do something different that his friends.

And now you know a little something about John! 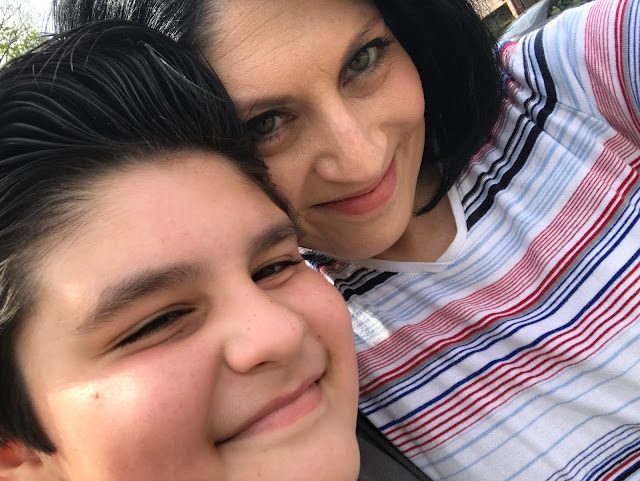 Happy a great rest of the week, friends!

Posted by Danielle's Sweets at 9:18 AM

Email ThisBlogThis!Share to TwitterShare to FacebookShare to Pinterest
Labels: John