Hello Friends! ♥
Can you believe it's the first week of May already?!  It blows my mind that John only has one month of school left before summer vacation.  It's all going by so fast~
This past weekend I had an urge to dust off my Kitchen Aid and bake some cookies. I had a craving for something cinnamon so I decided to try making Snickerdoodles. I'm happy to say that for my first time making them they came out delightful and I would love to share the recipe with you.
Before I do that I want to show you some pretty spring things around the house.... ♥ 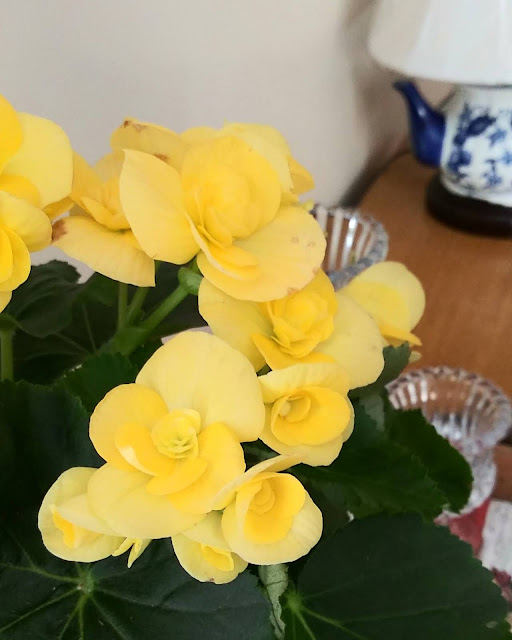 Candles are flowers of course... 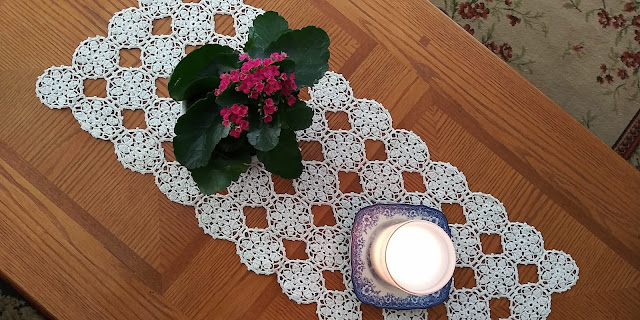 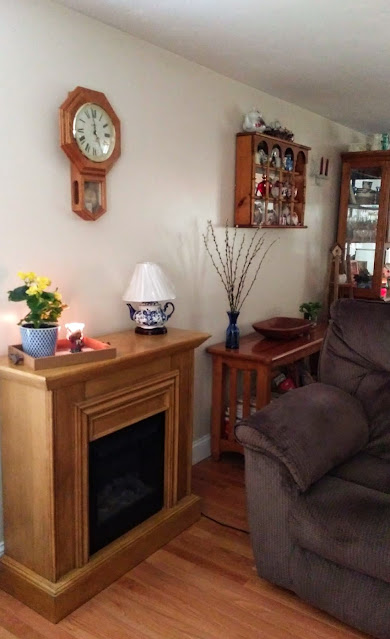 I picked up the pussy willow stems at the grocery store last week.

I just love the look of them in the springtime. 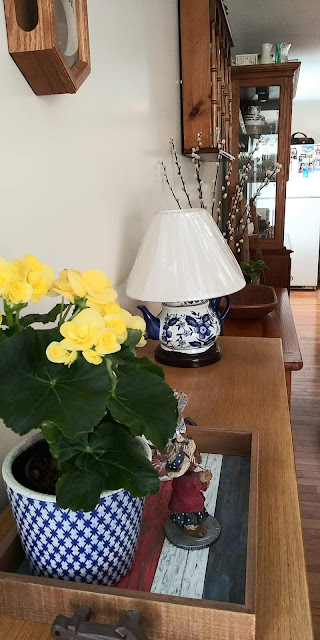 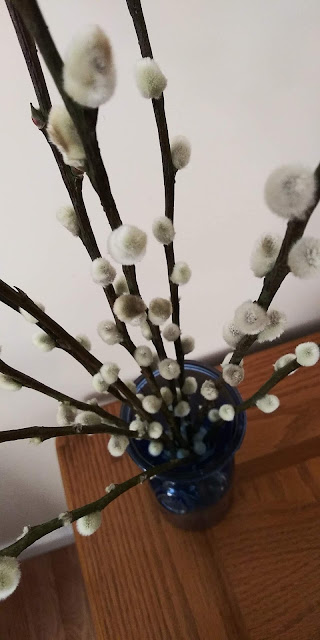 It seems like only a blink ago I had my hot chocolate bar set up on the hutch. 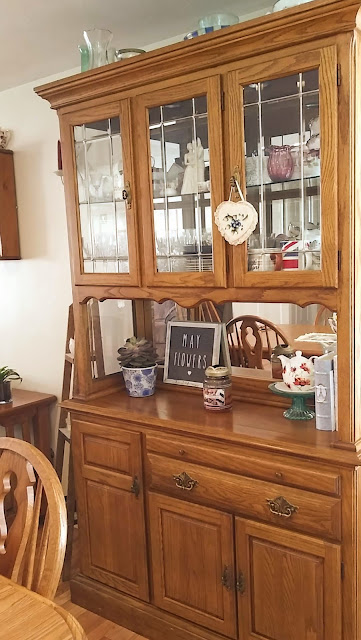 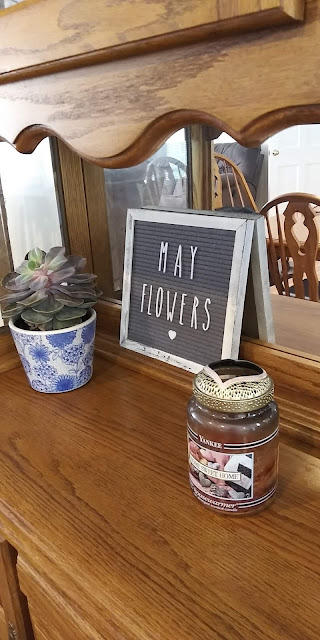 However, as lovely as the spring weather is I still love getting cozy under a blanket. 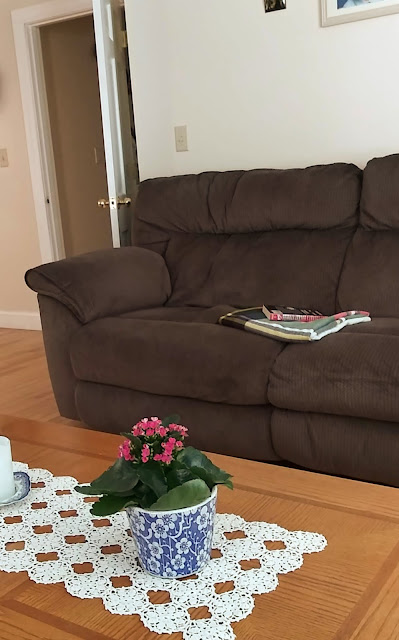 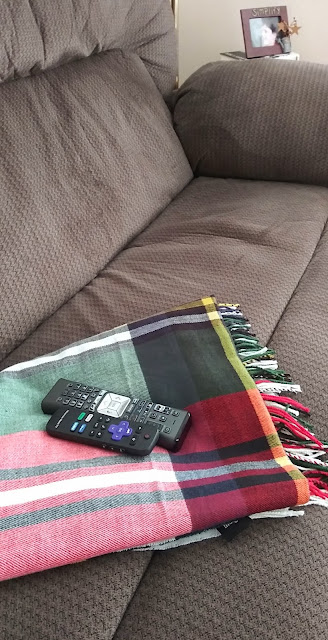 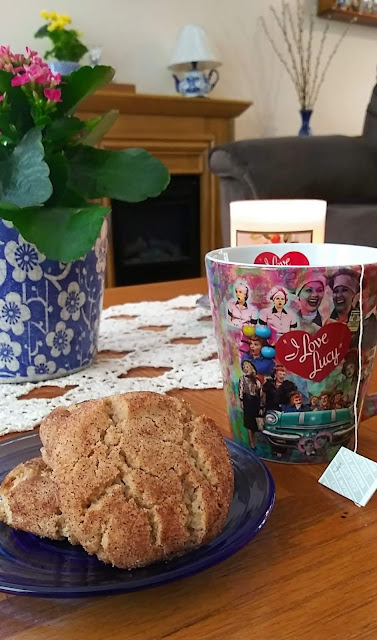 Ok, back to the Snickerdoodles...  Surprisingly I'd never made these before, which is strange because they are one of my favorite cookies.  The fluffy cinnamon-sugar middle totally reminded me of a donut.  Clearly I had to dunk into my tea (and again this morning in my coffee) to confirm that YES they taste like little donuts! 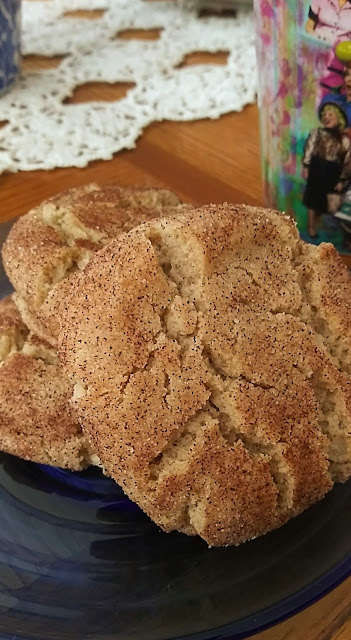 It's a very simple batter.
Allow some time though, because it needs to chill for an hour before you bake the cookies. 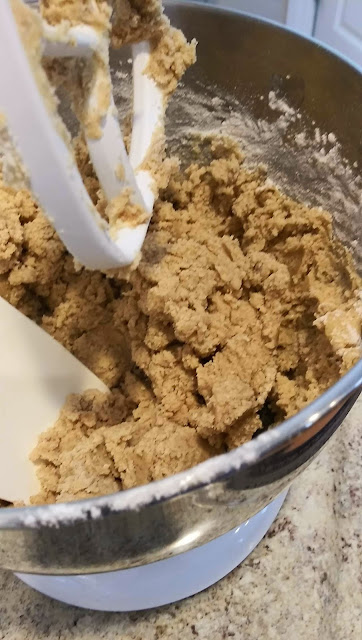 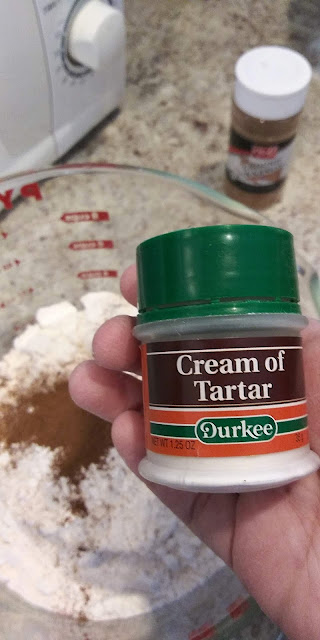 In a mixing bowl, cream together butter, sugar, and brown sugar.
Add the egg and egg yolk and mix until thoroughly combined.
In a separate bowl, whisk together flour, cinnamon, cream of tartar, baking soda, and salt.
Dump into wet mixture and mix until just combined.  Don't overmix!
Chill dough for at least an hour.
Scoop small portions of dough and shape into balls.
Roll in cinnamon-sugar topping mixture.
Flatten them slightly with the palm of your hand (or with the bottom of a juice glass).
Bake at 350 degrees for 10-12 minutes or until the edges are golden brown and the centers are slightly soft.
Enjoy!! ♥ 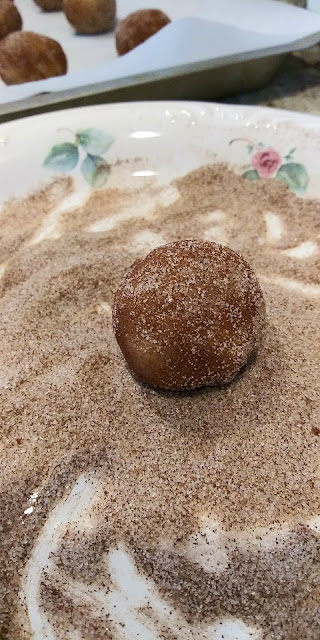 Rolling in cinnamon & sugar is the best part! 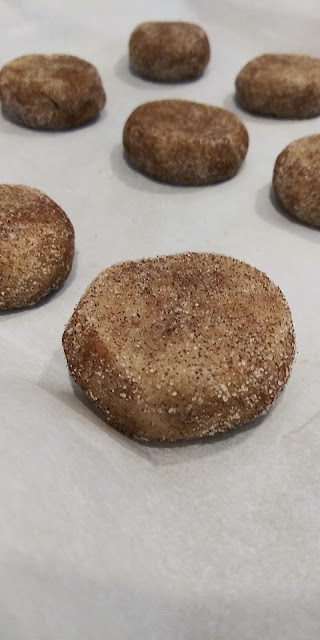 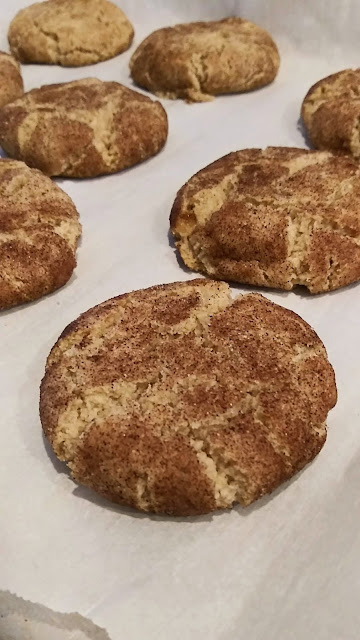 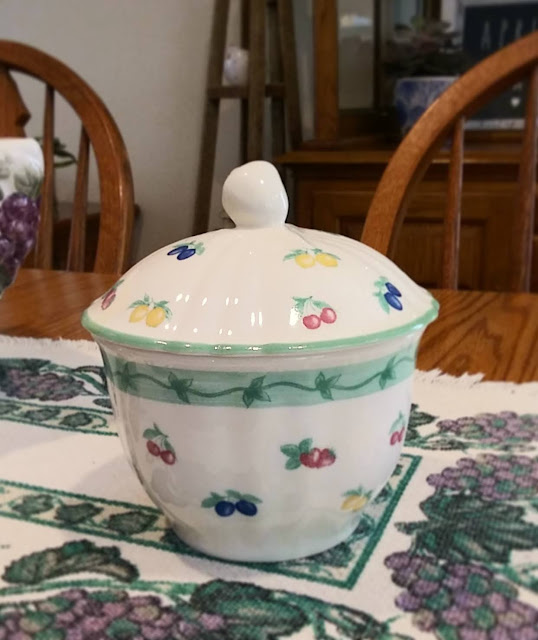 And speaking of sugar...how do you like my new sugar bowl?  It's it darling?!
My mother gave it to me and I love it!
(it's the little things)
♥ 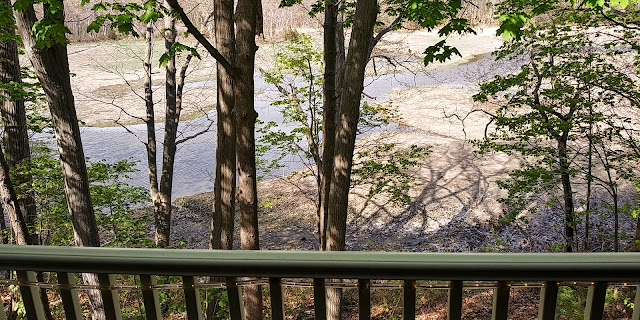 I'll leave you today with a view off the back deck, taken yesterday afternoon.
Happy May everyone! I hope you are off to a great start!
(ps. make some cookies...they are amazing!)
Byeeeeee! xoxo
Posted by Danielle's Sweets at 2:57 PM