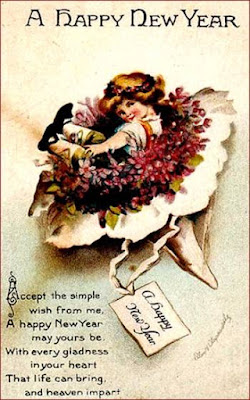 Happy New Year Friends!
I can hardly believe it's 2016!

How did you celebrate? I'm sure you all were doing something fabulous.  I was too.  I was fabulously in my pj's by 7 and on my couch all snuggled in for the night by 8.  We had pancakes for dinner, played a few games while we sipped our tea, and for the first time ever - John stayed awake to see the ball drop! He was so proud of himself.  In my world, that's pretty fabulous ♥

Once in my lifetime I would like to be in New York City on New Years Eve.  I would like to see the ball drop, hear the cheers, and try to catch flying confetti in the sky. Tonight the sweet sound of Frank Sinatra's New York New York played in the background as over 1 million people celebrated at the stroke of midnight.  That sounds pretty fabulous too ♥ 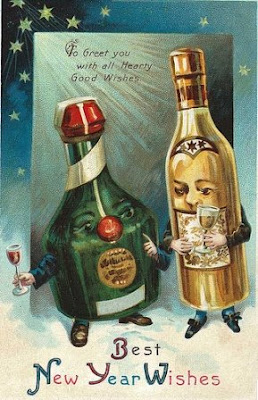 Truth be told, I've never really been much of a New Year's eve person.  I love the idea of starting a new year with a clean slate. A new beginning with goals.  I spend the week between Christmas and New Years thinking about all the things I want to start, end, or change come January 1st.  The problem is that by the time its New Year's eve I'm too dang tired to do anything....hence the pj's by 7.  December is so busy that by the time the 31st rolls around we are more than happy to stay cozy at home and watch movies.

And speaking of new beginnings, I decided to try a January photo challenge.  I found this one on Pinterest that looks really fun. The challenge comes from the blog Polka Dot Cottage. Lisa posted it last year for 2015, but I decided to follow this one because I love the choices.  ♥

So day 1 (that's today : ) is New Beginnings.  I wanted to post a picture of The Desiderata poem because to me  nothing says New Beginnings like this. I can't think of a better mantra to start January with...

Be cheerful.  Strive to be happy ♥ 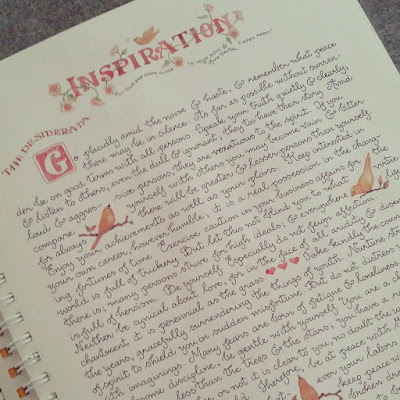 (from Susan Branch's Book of Days on my kitchen counter : )
Posted by Danielle's Sweets at 3:25 AM