I've said before and I'll say it again... One of the things I love most about this little blog of mine is its a place to store my memories.  From very serious events to the most lighthearted moments. Everything I want to remember about my life is right here, and I love that.

I was scrolling though some old posts today searching for a recipe and I came across this little story that I shared years ago.  It's still funny to me, and if you know my husband you'll know why.... 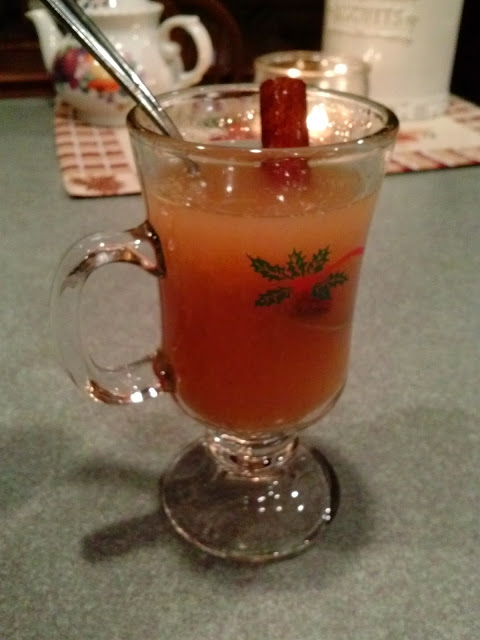 One Sunday Rob was watching a football game and I offered him some hot cider.  To my delight he said yes.  I prepared it for him and put it an a fancy mug with a cinnamon stick.  "Enjoy!" I said as I left the room.  A little while later when I came back to collect the cup I noticed the cinnamon stick was gone.... I asked how he liked the cider and he said it was really good, but he didn't care for the cookie! OMG - he ate the cinnamon stick!!! Has anyone ever eaten a cinnamon stick??? I didn't think it was possible???  When I told him that he wasn't supposed to actually EAT the cinnamon stick he said "good, because it tasted terrible".  True story ♥

I remember this day so clearly and the feeling of confusion and shock when I realized the cinnamon stick was gone.  He didn't??? Yep, he did! LOL

Looking back on this story now I was thinking to myself why did he continue eating the cinnamon stick if he thought it tasted awful? It must have been not to hurt my feelings, and that's really sweet.

And there you go.  Thank you old self for documenting this on the blog.  I got a chuckle today and I hope you did too!  😄

PS - Here's the link to the post if you want to see how I prepare the hot cider.  I still prepare it this way.  In fact, I had some yesterday! : ) 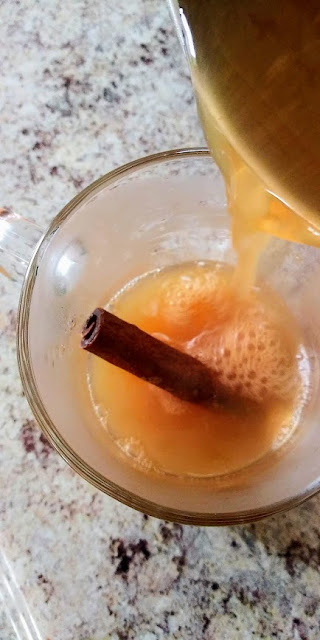 Posted by Danielle's Sweets at 1:38 PM

Email ThisBlogThis!Share to TwitterShare to FacebookShare to Pinterest
Labels: hot apple cider for one